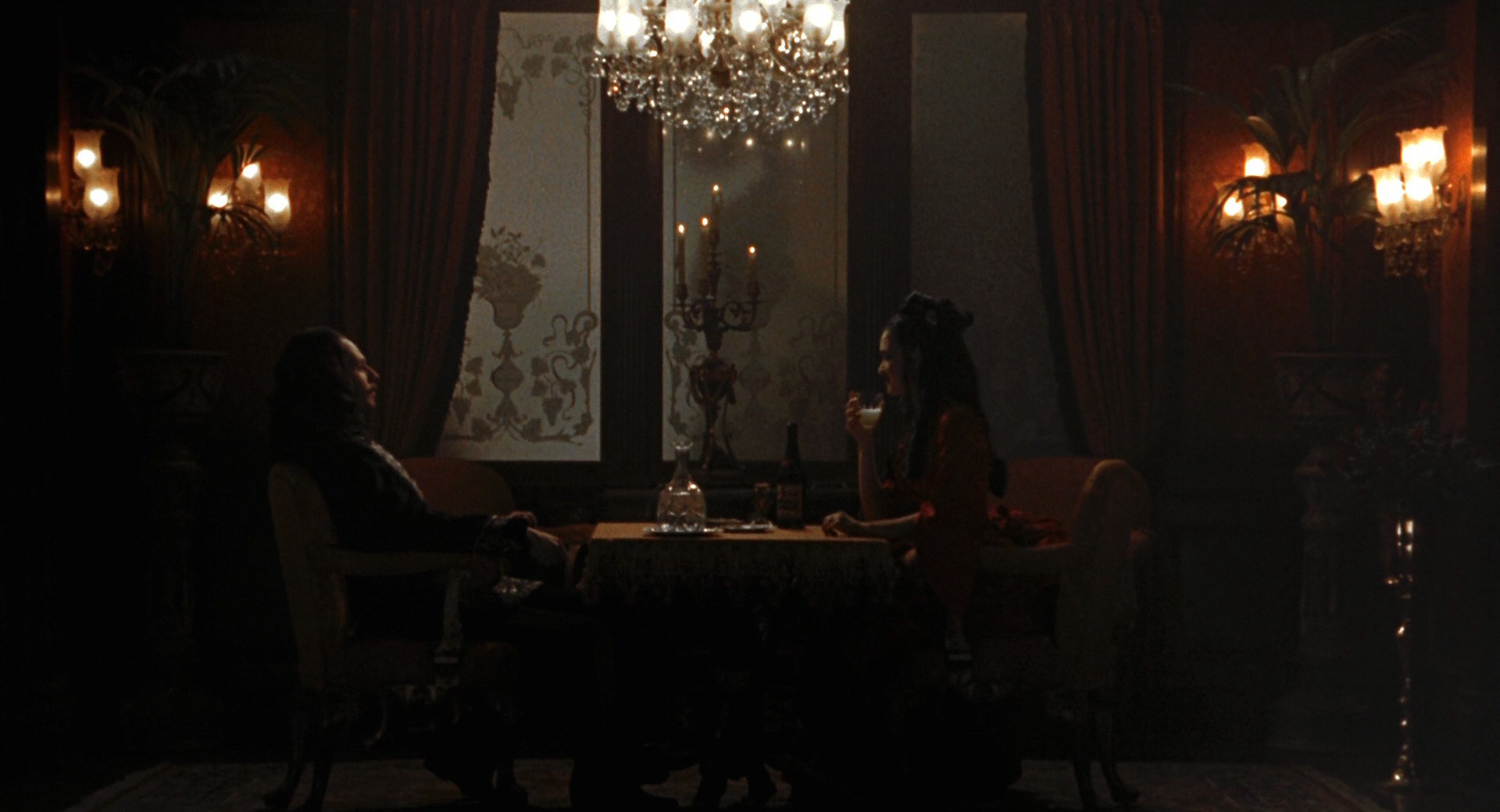 Francis Ford Coppola’s Dracula is a kind of miracle insofar as it’s as free a film a filmmaker could ever make within the constraints of the studio system. Coppola’s Dracula is endlessly, joyously experimental, a love letter to the old-fashioned trickery of cinema that revels in the beauty of artifice. This makes it close kin to Coppola’s late-period triptych of Youth Without Youth, Tetro, and Twixt, the three of which comprise Coppola’s greatest achievement as a filmmaker.

Dracula boasts career-best work from a team of incredible collaborators (among them, Michael Ballhaus and Eiko Ishioka). The film contains of such unearthly beauty that they take away my breath every time I see them (and I’ve seen them countless times), such as a princess’ gorgeously staged leap from the precipice of a tower, or a romantic dinner in a private room where the shadows of dancers play off of the glass in the background. What Dracula offers is something more than mere ornamental spectacle, a cornucopia of beguiling visions that nod back to a legacy of symbolist and expressionistic art.

Sadly, the tin-eared script often rears its head to interrupt the fantasia of images and sounds. This Dracula never quite knows what its doing with the historical detail and theological architecture it so carelessly emphasizes. The film’s risible resolution, a series of non-sequiturs about love and redemption and reincarnation, only re-emphasizes the thematic muddle at its center rather than providing a pathway through it.

There’s also an odd disharmony among the performances of the cast, whose heightened interpretations of these characters often clash in ways that are not especially productive. That said, I’m very fond of Anthony Hopkins’ Van Helsing, who is less the model of Christian virtue than he is a kind of madman who attacks metaphysical monstrosities with an abundance of dark humor, and it’s undeniable that Gary Oldman’s very theatrical Dracula finds new shades and colors within a character who, even by the time of the film’s release, had been already interpreted by a host of accomplished thespians.

Of all the film’s many admirable aspects, the component I admire most is composer Wojciech Kilar’s vivid score, which perhaps does more to unify the film’s disparate pieces more than any other element of the film. The sinuous and sensual love theme Kilar conceived for this Dracula (“Love Remembered”) is a work of art unto itself.