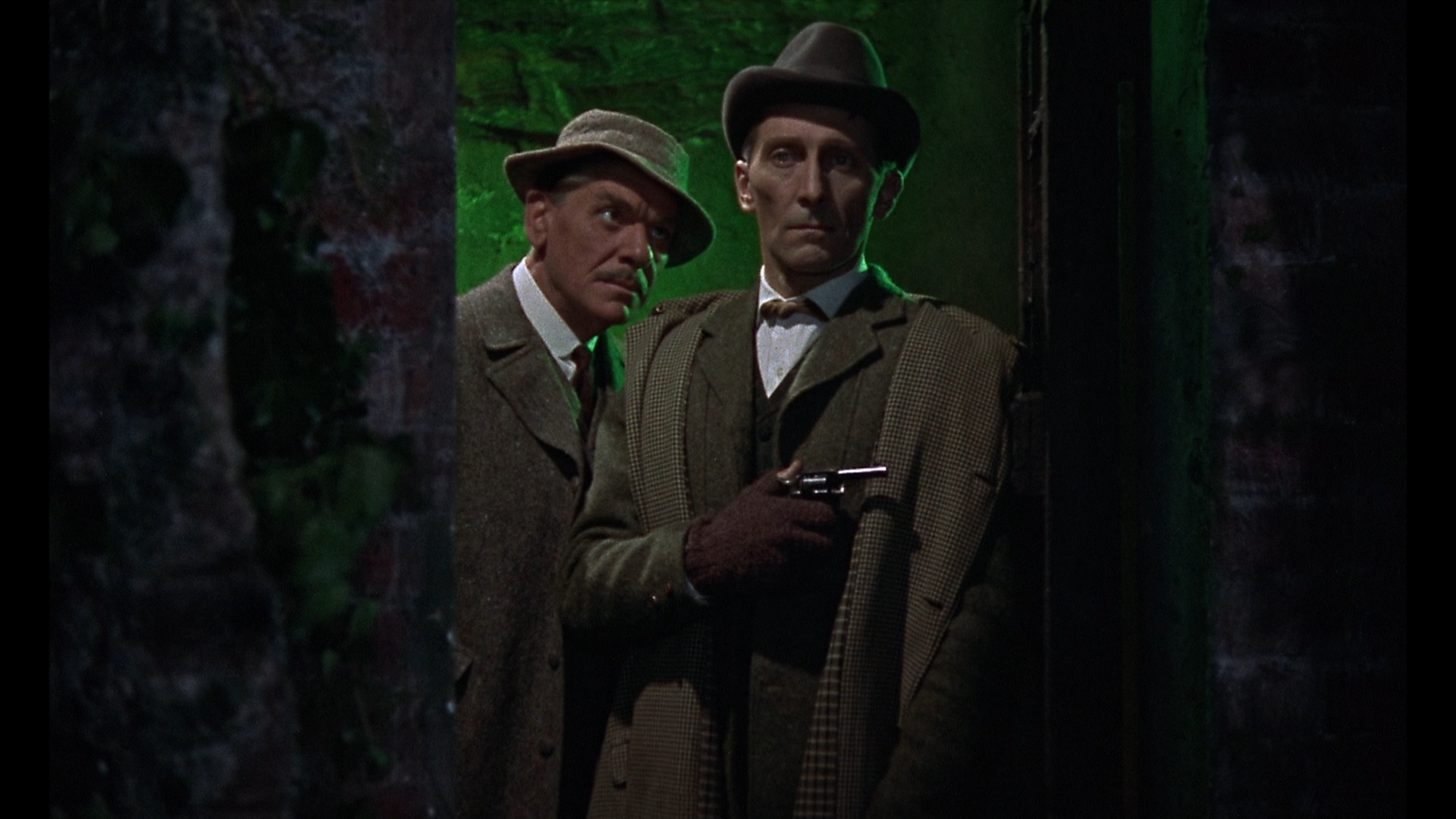 “There is more evil around us here than I have ever encountered before.”

So declares Peter Cushing’s Sherlock Holmes in The Hound of the Baskervilles (1959), which embellished Arthur Conan Doyle’s beloved novel into a Gothic horror picture from Hammer Film Productions.

By the time he directed Baskervilles, Terence Fisher had already firmly established the Hammer horror film aesthetic with his pictures, The Curse of Frankenstein (1957), Horror of Dracula (1958), The Revenge of Frankenstein (1958), and The Mummy (1959), mingling a kind of dry, British elegance with vital sensuality. Fisher’s images, created in collaboration with the great cinematographer Jack Asher, achieved peak loveliness here in Baskervilles (as well as the marvelously lush The Brides of Dracula, which was released a year later), and they are not mere veneer, but achieve synthesis with Doyle’s story and transform it, adding both scope and existential urgency.

No scenes in the Hammer filmography are more eerie and arresting than Baskerville‘s prologue and climax, both of which unfold around and within the ruins of an abbey, and in which carnal desire and malice collide in fatal combinations. Sherlock Holmes, with his rational mind, explains away the mythic beast with which the story is concerned, but the supernatural is still very much in evidence in Fisher’s film, in which metaphysical evil becomes tangibly physical. Evil possesses people much in the same way that vampirism possesses the victims depicted in Fisher’s vampire pictures, twisting human expressions into unhinged, animalistic desire. In vivid departures from Doyle’s considerably less operatic and less sadistic conclusion, the cosmic forces of nature turn against wickedness as evil’s perpetrators are torn apart by beasts and, in one especially chilling image, swallowed up by the earth itself.